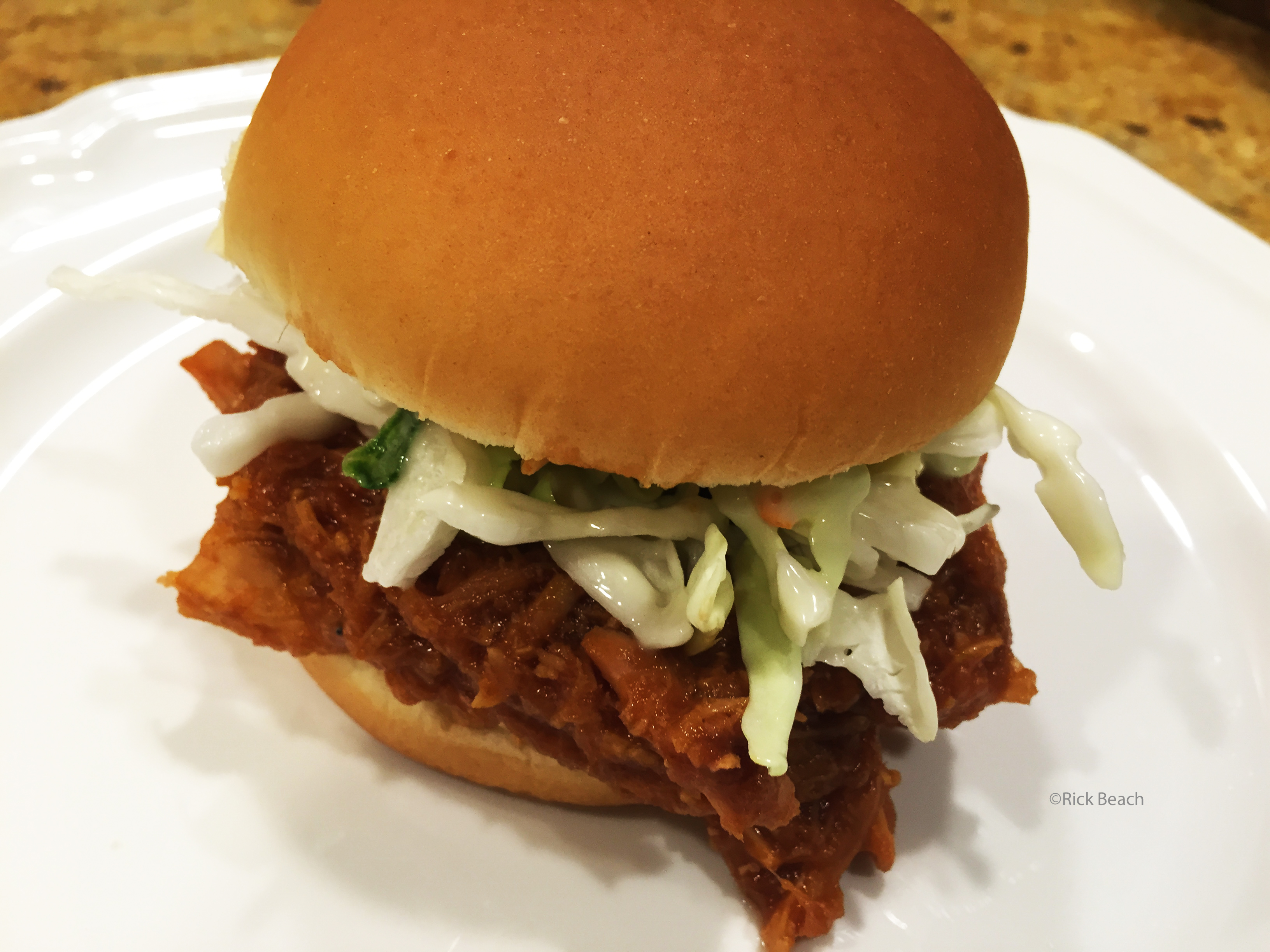 Award winning recipe by Rick Beach. Took First Place "Main Dish" in the "Old Mormon Fort Dutch Oven Cook-off Competition", held in Las Vegas, Nevada (March 2017). If you have the means to smoke this. I often prepare and cook it as shown. Then using a smoker on about 250°F. Smoke the Meat mixture uncovered. I lay on smoke for an additional 2 hours. Stir once about mid way. Watch your moisture content so you don't dry it out. The taste will be incredible.
Print Recipe Pin Recipe
Servings 24 Sandwiches